THIS is Happy. He is a three-and-a half year old Golden Retriever. He is the most spoilt little man I know – and that’s just how I like him!

And I thought for today’s blog post I would share some useful tips that I learned when he was a puppy that might help some newbie puppy owners out there!

Bringing Pup Home!
I might have gotten pretty lucky; Happy was a pretty quiet pup when I first brought him home at 9 weeks old. Right away Happy loved being in the car too, which was has been a wonderful benefit to me; he has basically come with me everywhere I’ve gone over the last 3 and a half years!

But the biggest struggle that first faced me was crate training Happy. For those of you thinking of getting a puppy, or about to get a puppy, I am sure you have diligently done your research; crate training is a method of potty training your pupper! The basic idea is that dogs do not like to go to the bathroom in their living quarters, sooo, if they realise their crate is the place they sleep (for a period of time) they will not go potty in their cage. Instead, they will let you know when they have to go to the bathroom! Happy would literally just start whimpering (it made me sooo sad). The key is then to take puppy straight outside so that the learn that outside is the place for the potty!

And you might be thinking, why would a puppy want to be in a crate? How would they think it was home? I know some breeds of dogs really like enclosed spaces, and that’s cool! However, I think a good portion of puppies don’t particularly like crates; the reason is probably pretty obvious as well; they are used to being in a pile of other puppies so they get super lonely and scared! So being alone in a crate can be extremely stressful for a puppy.

The breeder that I got Happy from actually let me leave with a piece of blanket that Happy’s doggie mum slept on. This was meant to help with the crate training process because Happy would feel a little less alone having the smell of his mama in his sleeping area.

Here’s the thing, right off the bat Happy did not care if his doggy mama’s smell was in there. He did not like that cage. I really don’t blame him, I got a cage that was way too big and the poor fella was just dwarfed by this huge mock prison.

I would have thought doggy mama’s smell would help, but when it didn’t, I put a bunch of items with my smell in the cage instead. Voila! That worked!

If you are having trouble with crate training, or just getting your pup used to being in a cage for the periods you aren’t home – try that!

Puppy School
Yes, I decided to take Happy to puppy school. No, it was not really for Happy. If was for mama. I really just wanted to ensure I learned the best methods for teaching Happy the things he needed to learn.

In reality I learned so much more!

I just want to preface that some of the things I learned may seem kind of common sensical to some of you! Perhaps they are, but I’ll be the first to admit that when I’m in a really exciting situation common sense can kind of be trumped by that excitement! No one was ever hurt with a friendly little reminder during those exciting moments! (Well, I hope not at least)

Here are some of the most important things that I learned at puppy school;

Knowing the breed of your dog
It is crucial to being a doggie parent (I’m so sorry about the baby language, I can’t help but talk like this when animals are involved!) that you really understand your puppies breed.

This is one of the ones that I thought might seem common sensical – but hear me out! When you are looking to get a pup you are getting excited, and I know oh too well how overwhelming that excitement can be when you are faced with bringing home the best friend you’ll ever have.

Ultimately, researching is crucial to having a puppy. A lot of us will do some preliminary research into what is required of us hoomans; how we teach pup to sit and bark and roll over. We will look into their diet requirements and puppy beds and the time to get their second vaccines.

But you need to be looking into the breed and what the breed really requires insofar as the hooman is concerned too!

We had a huge range of puppies in our puppy class. Our teacher was able to pin point dog behaviours based entirely on the dogs breed. For example, a farming dog requires constant stimulation, they literally live to obey you! They need to have routine and commands constantly or else they get bored and will act out. Huskies need constant exercise or else they act out. Golden Retrievers are kind of stage 5 clingers; they really just need humans or else they start to act weird.

Understanding what your dog needs insofar as their breed is concerned is pretty important to being able to do just about everything else involved in being a dog mum or dad to your specific puppy!

Attachment
This is the #1 thing that I learned at puppy school; 100%

Perhaps many of you are familiar with Attachment Theory in Psychology. The basis of Attachment Theory is that strong emotional and physical attachment to at least one caregiver is critical to an infants subsequent personal development. A lack of attachment in a child’s early years can have numerous detrimental effects on that child’s development into maladaptive behaviours later in life.

I was interested to know that this theory has a place in the puppy/mama/papa relationship too.

The bond that you form with your puppy is integral to their subsequent development of positive/negative behaviours. Obviously having a close attachment with your pupper won’t negate you still having to teach them how to behave, but I do think it is a critical building block for developing positive puppy behaviours. This is because attachment helps a puppy trust and love you because they identify you as their protector. Moreover, when this building block is added to the teaching process, the puppy comes to recognise you as someone they must respect. I think all puppies just want to please their mama’s and papa’s, I just think they need those first building blocks to understand how and to what extent they are wiling to listen to their mama’s and papa’s – and a secure attachment signals to pupper that you will listen to me because I got yo back and I love you.

It all sounds a bit whimsical maybe to some of you; like ‘common Nita, a dogs a dog, you just have them, feed them and teach them – they respect us because we feed them’ and hey look I hear ya; to each their own I suppose – some breeds probably do require less focus on attachment than others!

I guess it falls down to the type of owner you want to be. For me, I thought that piece of information was really important. I wanted Happy and me to have a special bond; and I thought the best way to do that was to really focus on this element of attachment.

In focusing on this, I spent the first three months of Happy’s life never too far away; and literally,  I mean rarely ever away from him. This is where him liking the car really came in handy! Happy is so used to the car now that we can go on 16+ hour drives and he will sleep the entire time. (I mean literally, sometimes I have to poke him to make sure he is still alive) I took a lot of time to understand what his sounds meant and just understand his normal behaviours. This is important! Knowing your dogs normal behaviours is a great way to understand when they are exhibiting abnormal behaviours (like maybe they are sick). Also, I just wanted to be bloody in sync with my dog. I wanted to really get him! Silly or not – weird or not – that was my goal. I really took the time to learn and just be with my dog – particularly as a puppy – so that I had that integral attachment down!

Personally, I feel like I notice the difference. Maybe I’m just biased though 😉

This is actually the tip that lead me to learn about dogs and attachment.

Basically, someone in the class was inquiring about whether they should be worried that their dog doesn’t make friends at the dog park.

Our trainer said ‘No’ absolutely not. It is not pivotal that your dog is able to make ‘friends’ with random dogs. As long as they are not being outwardly aggressive to new dogs, it is okay if they don’t really want to pay attention to them.

What she emphasised was that our paramount concern should be our dogs attachment to US – their HOOMANS. And from there she discussed a little bit about how much more important that element of attachment and socialisation is (as above!)

And hey! I know we want to believe that doggo’s need friends! It’s a rather cute concept; and I am sure for a lot of dogs they do really like making friends! But for those of you who have puppers that don’t – there is nothing to worry about if your dog is just not interested in other dogs. Happy isn’t particularly bothered by other dogs; that probably has more to do with his breed though! (The whole stage 5 clinger to hoomans thing)

Puppies are amazing. They are an incredible amount of work and they are absolutely a huge commitment. You don’t need me to tell you that though. I got happy during my third year of university, and in all honestly it probably was hard, but I didn’t notice.

Happy has been my greatest blessing! I have learned so much. I really wanted to do everything right, and even though I would have gotten heaps wrong along the way, I did take away some really important things. I shared the ones I felt were really important for me!

Please feel free to share pictures of your puppy friends in the comments below. Can’t wait to see them all!

What are some tricks you have learned for being a puppy parent? 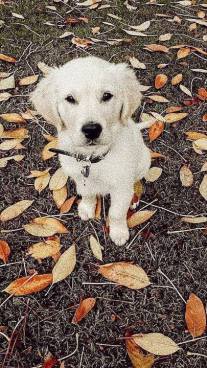 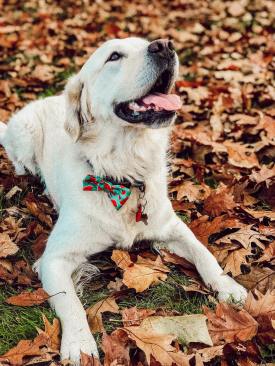 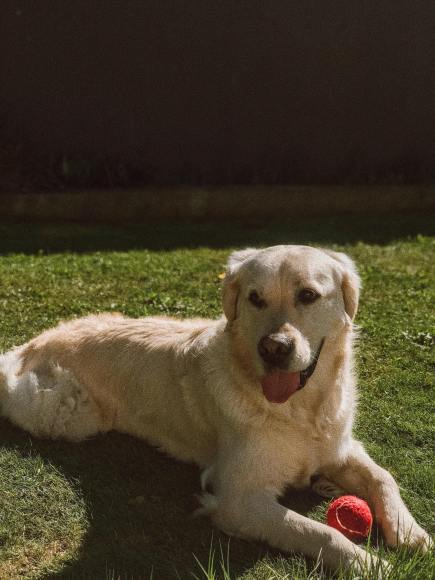 View all posts by Nita-Mataatua

TAKE IT TO THE LIMIT BY THE EAGLES

There was an error retrieving images from Instagram. An attempt will be remade in a few minutes.